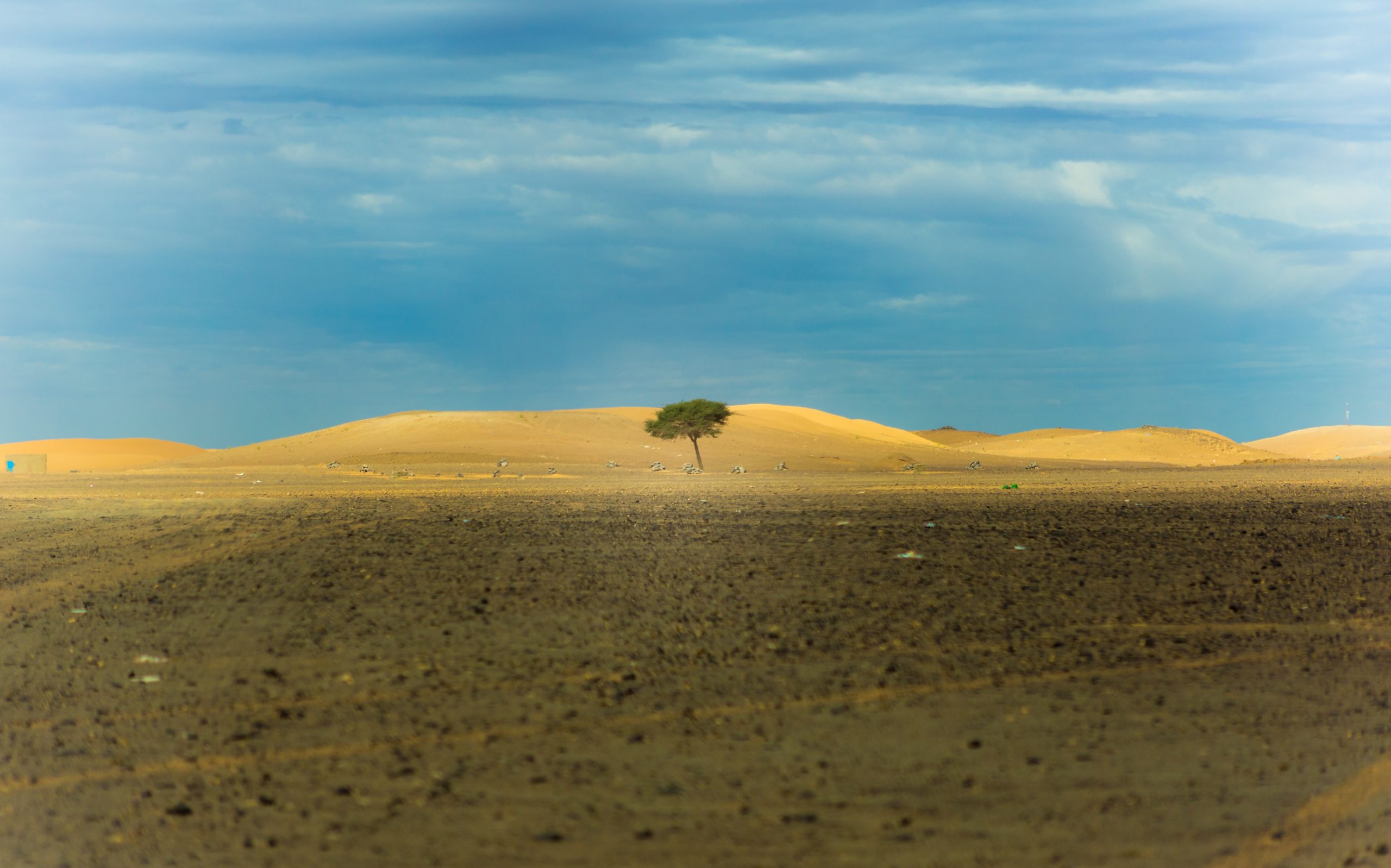 By Justin BaileyJune 18, 2020No Comments

We live in suspicious times. I wore a mask during my most recent trip to the grocery store. As I was checking out, I noticed an unmasked woman glaring at me. No words were exchanged, and yet I got the distinct feeling that she was saying something like: “oh, so you’re one of them.” It is entirely possible that I misread her body language, or that I was feeling overly sensitive, or that she was the one feeling judged by me. But it made me wonder whether the suspicion that characterizes online discourse has worked its way into the offline world.

One of the things that the pandemic has revealed is just how interconnected we are, inextricably embedded in networks held together by trust. Indeed, our polarization is a reflection of the divergent ways we answer the question, “whom do you trust?” As covenantal creatures, we long to entrust ourselves to something that will secure us. This means that widespread suspicion is a crisis for our common life.

But perhaps the crisis is also an opportunity for Christian witness. Christians have – or should have – lots of practice in dealing with suspicion, bound together in a robust tradition called apologetics. I am defining apologetics rather broadly, as the discourse that becomes necessary when the Christian faith comes into contact with a world outside itself. I want to emphasize the breadth of the tradition because in recent years the discipline has been practiced in ways that engender more suspicion, not less.[1]

This was reinforced to me several years ago when I was given the opportunity to teach a course on apologetics at Fuller Seminary. Such courses have all but disappeared in many seminary programs, but at Fuller it remained an elective, with two dozen students enrolled. Some of the students were eager for the subject, but others eyed the course cautiously. One student warned me early on: “If apologetics is about making arguments and hitting unbelievers over the head with the ‘truth’ I really want nothing to do with it.”

This student spoke for a significant cross-section of the class, who had little use for the sort of apologetic that understands itself as “defending the truth of Christianity.” These students were on the lookout for power masquerading as truth and thus suspicious of those who might attempt to speak on its behalf, especially if the defense seems to legitimize the unjust status quo.

As the class continued, however, the riches of the wider tradition began to emerge. One student, an African American woman, drew a resonant connection between Justin Martyr’s First Apology and the aims of the Black Lives Matter movement: “Justin is saying the same thing,” she said. “Stop killing us.” She rightly discerned that for early Christians, apologetics had to do with much more than extracted Christian truths. Rather, they enjoined outsiders to reckon with the embodied presence of believers, among whom the presence of God might be found.

Apologetics certainly can include the defense of Christian claims about reality. But for Christians throughout history – and particularly those on the underside of power – it has always meant more than defending truths. It has meant the assertion of presence: namely, the active presence of God in the bodies of believers and the gathered body of the church.

We can see this in Luke-Acts and the Petrine letters. When Peter counsels his readers to “be ready to give an answer,” what they are answering for is their hope. This hope, which Peter assumes will provoke suspicion, is embodied in a way of life that is defiantly beautiful and good, especially in the face of a hostile empire (1 Pet 3:15-17).

In one of the earliest non-canonical examples (ca. 125 CE), Aristides sought to show how the moral beauty of Christianity – manifest in practices of truth-telling, hospitality, enemy love – testified to its resonance with reality. This argument about Christianity’s generativity would blossom in Augustine’s City of God in the fourth century. There Augustine defended Christianity not only as true but also as the best hope for establishing peace and cultivating love in the late Roman Empire. In other words, the presence of believers matters, not just their truths.

Since the fifth century, apologetics has a long and variegated history. It has often been deployed in service of Christian power. It continues to be leveraged today as part of a broader culture war. When the assumption is that everyone is or should be Christian, apologetics enjoys a privileged, even magisterial status. But when the facts on the ground begin to change, it remains a ministerial necessity. So, what can we learn from winsome apologists about living and bearing witness in the face of suspicion?

Perhaps we should first distinguish between suspicion in its philosophical and popular forms. The former refers to the suspicion of the “masters”: Nietzsche, Marx, and Freud and the critical theories that followed in their wake (e.g. “religion is false consciousness”). The latter refers to ordinary skepticism that attends any normative claim (e.g. “wearing a mask is virtue signaling.”) There is a family resemblance because both sorts share a common desire to unmask the pretensions of power.

When confronted with the philosophical form, apologists have often sought to out-narrate the opposition, turning suspicion against itself.[2] There is a place for this sort of strategy, one employed by thinkers I deeply respect, like C.S. Lewis and Marilynne Robinson. To paraphrase Lewis, if you try to see through everything, it is very difficult to see anything.[3]

Yet while this strategy can be incisive, it can also be pastorally impatient. In its effort to dismiss suspicion as self-defeating, it can come across as simply dismissive, failing to offer outsiders a real chance to be heard. As a mentor of mine likes to say: Marx is not our judge, but we should at least let him take the witness stand. The same is true for more ordinary interlocutors. Indeed, it is right for us to accept – even to overaccept – outside critiques as we seek to live out the Christian story more faithfully.[4]

But there is another way to respond to suspicion, seen in careful apologists of all eras: to win trust by way of patient presence. This sort of approach insists that the truth of Christian faith can only be recognized as such when it is embedded in a life or a movement marked by integrity. Simone Weil has said that only beauty and pain can pierce the defenses of the human heart. But there is at least one other: friendship. The close companionship of someone who defies our misperceptions can challenge the habits of a closed mind like almost nothing else.

I want to make this point carefully. I am aware, for example, that those accused of racism are fond of pointing to their “black friends.” But a failure to be changed by such a friendship is surely a failure of recognition, a failure to see the other as they truly are, rather than a failure of presence. To be sure, presence may fail like any other provocation. But there is a fundamental, felt difference between defending an idea and discerning a person. As Richard Kearney writes, “Here and now I face an other who demands of me an ethical response.”[5]

What would it look like to reimagine apologetics, not as a defense of extracted Christian truths, but as a discernment of divine presence, embodied in the patient presence of Christians? To reframe apologetics in this way is to return to the wider tradition. It means to balance the focus on truth with attention to other factors: goodness and beauty, but also generativity and authenticity.

Indeed, to shift from defense to discernment does not mean the abandonment of reason and argument. It means the cultivation of the imagination, that faculty of possibility whereby we sense and shape the world. It means an examination of the imaginative soil of belief and asking what makes beliefs believable. It means developing imaginative empathy for others who cannot seem to see and feel what we see and feel. It means casting an imaginative vision of the possibilities that can only emerge from the story of the crucified and risen Messiah. It means a work of discernment because we believe that there is actually no such thing as a secular space – a space where God is not present and active – moving towards the world in love and justice.

It is precisely because of God’s active presence that we can be actively present. Rather than seeking to seem in control by having answers, we can become vulnerable, in relational encounters, to being called into question. Henri Nouwen’s words are apt: “to receive spiritual help in time of need requires, first of all, not to deny but to affirm the search. Painful questions must be raised. This means that we must constantly avoid the temptation to be easy defenders of God, the Church, the tradition, or whatever we feel called to defend. Experience suggests that such glib apologetics animate hostility and anger, and finally a growing alienation from whom or what we feel called to defend…. Any spiritual guide who anxiously avoiding the painful search and nervously filling the gap created by unanswerable questions should be viewed with caution.”[6]

As followers of Jesus Christ, we seek to be of some use to the world, suspicion notwithstanding. And if we want to serve seekers, doubters, and strugglers, we must begin with a willingness to be show up, to listen long and to wait patiently, until it is truly our time to speak. If an element of defense remains in the apologetic task, it is not the defense of the well-studied defense attorney making her case. It is rather the defense of the defendant who has made herself vulnerable to cross-examination, testifying to answer the question, “how do you still believe, in spite of all this?” In this way we seek to win, if not agreement, at least trustworthiness.

But we must not avoid the questions. We must not nervously try to fill the gap created by the struggle with half-baked answers. There is a time to speak. But presence comes first. Such a posture obtains not just for the practice of apologetics, but also for more everyday suspicion, whether online or in the checkout line.

[1] A popular approach to apologetics, common in conservative evangelicalism, is to focus narrowly on the defense of Christian truths, a focus that is not so much unnecessary as unbalanced. Reformed critiques of apologetics have rightly questioned apologetics in this narrow frame, insisting on the prior necessity of revelation. Yet it is telling that outside of conservative evangelicalism proponents of public theology such as Max Stackhouse and Elaine Graham have reclaimed the word “apologetics” to describe their discipline. So Graham: “In a post-secular context, public theology must claim an identity as a form of Christian apologetics.” Elaine Graham, Between a Rock and a Hard Place: Public Theology in a Post-Secular Age (London: SCM, 2013), 179.

[4] I am using this improvisational term as taken up by Kevin Vanhoozer, who writes: “Overaccepting neither accepts offers on their own terms nor blocks them but rather incorporates them into a broader narrative, thus allowing an actor to retain both her identity and her relevance.” Kevin J. Vanhoozer, The Drama of Doctrine: A Canonical-Linguistic Approach to Christian Theology (Louisville: Westminster John Knox Press, 2005), 340.

Dr. Justin Bailey is a professor in the Theology Department at Dort University who works at the intersection of Christian theology, culture, and ministry. Having served as a pastor in a number of diverse settings, Justin's work as a professor explores the ways that culture shapes the practice of Christian faith, as well as the ways that the Christian imagination shapes believers to participate in culture. His research seeks to bridge gaps between church and academy, exploring the formational spaces where they overlap.

Where Are We Going?