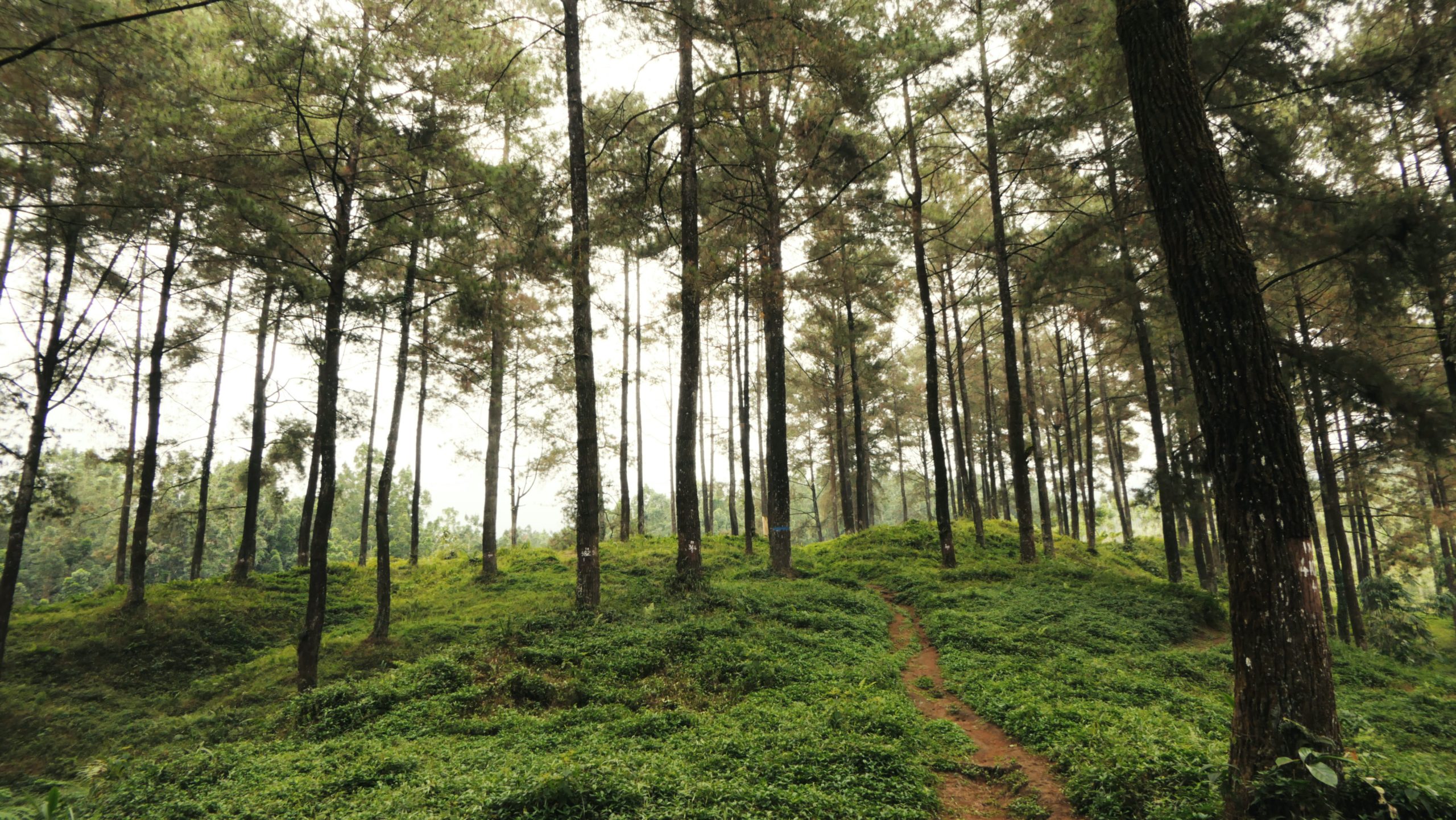 Ancient Paths For a New Future: A Sabbatical Reflection

This is what the LORD says: “Stand at the crossroads and look; ask for the ancient paths, ask where the good way is, and walk in it, and you will find rest for your souls.” Jeremiah 6:16

Out beyond the stacked stone walls, beyond the moldboard plow perched upon it, beyond the rocky soils of the now dormant cornfield, beyond the flock of sheep picking about the leftover harvest trimmings, a fiery explosion of fuchsia blossoms detonates, shattering the muted palette of the Guanajuato horizon. A bougainvillea, metastasized by decades of unchecked growth, mushrooms overhead in a plume of pink flames, commanding all of the same peculiar attention that once engulfed another storied bush that burned but was never consumed. Yet it isn’t the bougainvillea clamoring like a gong, self-absorbed by its own beauty that makes me consider removing my sandals at this moment. It’s the humble, one-room, adobe house that the bush stands sentinel over that feels like a kind of holy ground. This is the room that my neighbor Gomez built for his wife, Pureza, with his own hands forty years ago.

It’s an odd thing to have your emotions get the best of you by a simple, mud structure with no obvious beauty to attract someone to it. More specifically, I was overcome by the obvious love that it required for Gomez not just to stack just one brick on top of another for his young bride, but to bend his back and to plunge his hands deep in a slurry of mud and straw to fashion the very bricks themselves. It was a recognition that the perspiration, sacrifice, patience, time, care, and the boring monotony that it took to form thousands of mud cakes forty years ago was not at all disconnected from the sturdy love that Gomez demonstrates to us and to his family now forty years into the future. These are the same healing hands that have kneaded the aches and knots of our bodies, the generous hands that have shared cilantro seeds delicately plucked from his garden, the skillful hands that set the bricks in my patio. Fifteen hundred miles and four decades collapsed into one.

Before our family left on this sabbatical, I’d known that one of the primary reasons we were embarking on this journey was because our neighbors have become like family to us. Due to their immigration status, they could never join us on a journey to their homelands if they’d ever hope to return to their lives in the United States. We would have to be their surrogates, sharing meals with their own children they hadn’t embraced in decades. Secondly, we wanted our three boys to fall in love with the culture, the language and the people and places that have shaped our neighbors as well as my wife and I. These were our first, rudimentary intuitions of what we’d believed God was calling us out for, but there, under the open sky, surrounded by adobe walls, it became a little clearer. What I didn’t know then that I know now is that I set out from home because I wanted to know the old ways. To trek down ancient paths. To have our boys ask where the good way might be. Here, just a few short days into our journey, we had found the first breadcrumbs–clues that we had found our trailhead to the ancient paths.

The ancient paths we were looking for were sometimes quite literal.  We followed a young, Lancandon Indian through jungle paths leading to a waterfall of unspeakable, shimmering beauty.  We watched artisans in Oaxaca skillfully weave wool shorn from local flocks, dyed with indigo, cochineal, and tree bark.  We made beans that I can only call transcendent, purchased from a Chamulan farmer with the most prismatic array of legumes in any market anywhere in the world.  Sometimes we doubted the paths would lead anywhere.  But then, one of those dirt roads spit us out on a windswept beach with one solitary, seafood shack that now sets the unfair standard by which all subsequent red snapper will forever be judged.  Sometimes there was no road at all like the Mayan ruins of Yaxchilan where the only way we could access them was to charter a boat at an unguarded, Guatemalan border town and disturb the afternoon slumber of napping crocodiles.

But more than physical paths, we were seeking spiritual ones. I was searching for timeworn values, vestigial ways of being and relating to one another that might illuminate a path forward for us when our present ways hit a dead end. In San Cristobal, where the local people are direct descendants of enslaved Indians, we witnessed a resilient community subvert dominance with a spirit of mutuality. In Lacanja, we were taught how clearing the jungle for farmland was a temporary concession, a gift to be returned, not a right to be exploited and sold. In Coroneo, we saw how decades of hard times taught that common wealth is more resilient than individual wealth.

Puerto Escondido invited us to value restraint when indulgence was the more alluring choice. Even in the malignant abscess that is Mexico City, we stayed with a family that took seriously the idea that belonging is greater than belongings. All throughout our journey, we encountered unlikely guides who would teach us the old ways that helped them survive hostile environments. Little did we know then how newly relevant those values might soon be. We didn’t know how suddenly our current norms would fail us, nor how quickly a country of such unquestioned power and stature might crumble so spectacularly.

This illusion of invulnerability was also what blinded Israel in the time of Jeremiah (5:12-13). The prophet describes Jerusalem as a place “filled with oppression…violence and destruction resound in her; her sickness and wounds are ever before me” (6:6-7). Life had become untenable for the fatherless and the poor (5:28). But the so-called priests and prophets of the time couldn’t see it. Or refused to. “They dress the wound of my people as though it were not serious. ‘Peace, peace,’ they say, when there is no peace” (6:14). Jerusalem was a ticking time bomb.

This is why Jeremiah admonished Israel to seek after the ancient paths. Israel was at a crossroads. If they didn’t dig deep back into their collective memory, if they didn’t school themselves in the ancient practices of Jubilee, if they didn’t return to the good ways of loving their neighbor embedded in a prayer uttered daily on their lips, if they didn’t interrogate what God had set them apart for–beautiful, delicate Daughter Zion would be destroyed. The prophet understood that under her current trajectory, Israel would most certainly fall from the heights of decadence to the pit of calamity. This wasn’t a threat, so much as the predictable consequence of knowing God’s good ways, but refusing to walk in them (6:16).

It’s easy to villainize Israel, to make moral monsters of them. But Jeremiah describes something more familiar. Twist it enough, we might even find some of it commendable. They were upwardly mobile (6:13, 5:27), defenders of liberty (2:31), tough on crime (2:34-35), they went regularly to the Lord’s house (7:10), and spent generously on worship (6:20). And when the anxiety of protecting a life that they’d worked so hard to build overwhelmed them, their prophets and priests were there to soothe with words of comfort and peace, telling them everything would be ok (6:14). God, they told themselves, would never take this away from them (5:12-13). But maybe the stories they told themselves about the virtues of their way of life, were more incongruous with God’s good ways than they had come to believe. Perhaps we’re not so different.

Most days, all trapped up inside our house after having already socially distanced ourselves from family and friends for two months, I find a deep desire to turn back the clocks and get back to the way things once were. And yet I’m struck by the words of a modern-day Jeremiah–the Rev. William Barber. “You want to go back to normal? Normal is what got us into this mess.” Like the newly-emancipated, Hebrew slaves we find ourselves dreaming about the mythic pots of meat we ate in Egypt before the plagues. But maybe we need to turn back the clocks even further and dream our ancestors’ dreams of milk and honey.

Maybe instead of scrambling to return to the avalanche-prone peaks of the January industrial averages, we work to build a sabbath year kind of economy sturdy enough to come to a halt every seven years. Maybe we return to ancient practices of production so confident in God’s abundant provision that they could leave the leftovers to foreigners and widows. Maybe Jubilee becomes a new norm, canceling debts and returning lands so that generational poverty is never a given. Maybe instead of work clothes, our quarantine dress should be the sackcloth and ashes of antiquity, asking hard questions about whose kingdom we’ve really been building and who we invite to the banquet.

The ancient paths are revealing themselves again all around us. The old ways are pushing up through cracks of now-broken foundations, sprouting beauty, connection, and belonging. As home values drop in our neighborhoods, the value of a neighbor has begun to rise. Work once considered menial has demonstrated itself essential. People are proving to be more important than profit and compassion more elemental than competition. Not all is lost. Christine Valters Paintner exhorts, “When this has passed may we say that love spread more quickly than any virus ever could.” Maybe then as we walk again in the good, old ways, might we truly find rest for our weary souls.

Kurt Rietema has been leading missional journeys both domestically and internationally for Youthfront for more than 14 years. His work in Kansas City includes youth social entrepreneurship, immigration advocacy, and creating just housing and lending partnerships for immigrants.

A Pastor’s Case for the Morality of Abortion