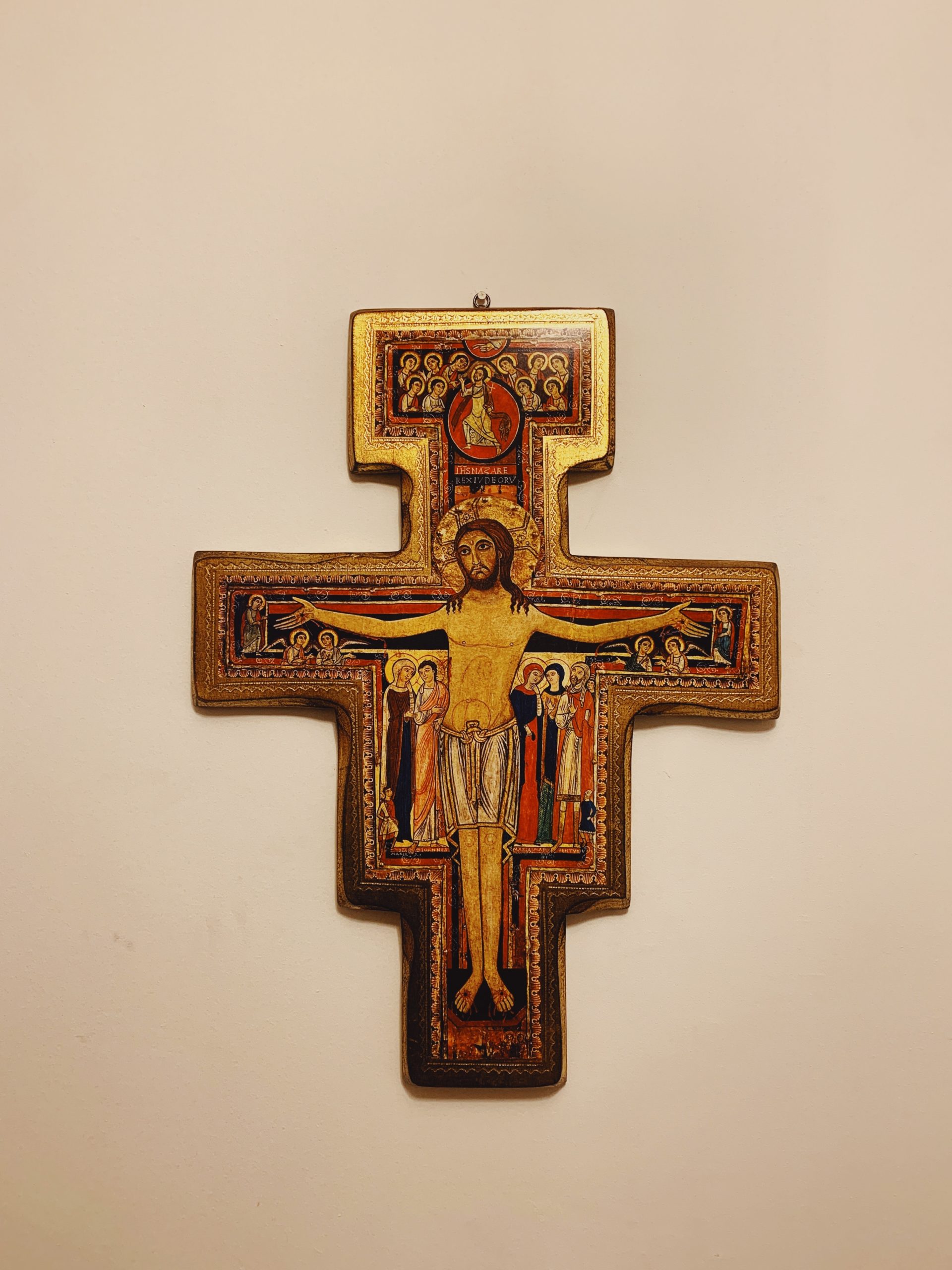 Ending the Culture War: The Way of Saint Francis

The polarization of the United States is most recently symbolized by the mask—a small piece of cloth with two rubber bands that has become a symbol for a much broader conflict. (For an excellent theological discussion of mask wearing see Cambria Kaltwasser’s post.) Many Evangelicals have thrown their support behind President Trump as a calculated strategy to win what they see as a “culture war”. Feeling their way of life is in danger, they support President Trump to ensure conservative judges are placed on the bench who will strike down laws that support abortion and LGBTQ rights. This week, many of those Evangelicals are wondering what went wrong.

In a recent blogpost, It’s Time for a New Culture War Strategy, Kevin DeYoung responds to the Bostock vs. Clayton County decision with a sober lament that politics and politicians will “almost always disappoint.” What’s troubling, for DeYoung, is that it was Trump appointee, Justice Gorsuch, who tipped the scales in favor of LGBTQ rights. He writes, “The prospect of a Gorsuch-type justice was the reason many Christians voted for Trump. Many of those voters went to bed on Monday feeling disappointed and disillusioned.” In response, DeYoung calls for a new approach, a new strategy, to the culture war—procreation.

Believe me, I’m not against procreation. I have three living children (four total), and take my role as a parent seriously. There are people in my life who have many more children than I do. As a product of Catholic schools, one of my classmates had 17 brothers and sisters, and he was the youngest, with nieces and nephews older than him. I also know people who have no children, and some friends who have chosen the single life. They are all faithful Christians trying to follow Jesus the best they can. More importantly, I’m not convinced this strategy of procreation is supported by the gospel.

In the first paragraph DeYoung writes, “Without explicit legal protections, religious institutions with traditional (read: what has been believed for most of Western history) convictions around homosexuality and transgenderism will likely face a torrent of litigation in the years ahead.” (Bold is mine) The inclusion of “most of Western history” is interesting, because the current obsession with family is a modern phenomenon. In fact, biblically speaking, the gospel transforms how we are to understand family. One of the few times Jesus uses war-like language is in Luke’s gospel, when he says:

“Do you think that I have come to bring peace to the earth? No, I tell you, but rather division! 52 From now on five in one household will be divided, three against two and two against three; 53 they will be divided:

Notice that Jesus is not railing against homosexuals or other enemies; instead, he opposes the oppressive nature of the ancient family structure. (The only time Jesus gets angry and breaks stuff is when he attacks the Temple—a religious institution.)  The catholic nature of the church, which we affirm in our creeds, bears witness to the gospel proclamation that believers are adopted in to a new family—brothers and sisters in Jesus Christ. Paul makes a similar claim, saying in Ephesians that the dividing wall has been torn down, and that membership in the community is no longer based on gender, ethnicity, or social standing (Galatians).

This was the testimony of the early Christians. It wasn’t procreation that led to the explosive growth of the church, and it wasn’t, according to Rodney Stark, their ascent to political power; instead, a major factor in the spread of Christian belief was their care and concern for the marginalized, the sick, and the poor. It was their willingness to care for people during plagues, and it was their concern for the common good even in the face of persecution and death. Stark writes:

Indeed, as E. A. Judge has noted in detail, classical philosophers regarded mercy and pity as pathological emotions–defects of character to be avoided by all rational men. Since mercy involves providing unearned help or relief, it was contrary to justice. Therefore “mercy indeed is not governed by reason at all,” and humans must learn “to curb the impulse”; “the cry of the undeserving for mercy” must go “unanswered.

This was the moral climate in which Christianity taught that mercy is one of the primary virtues–that a merciful God requires humans to be merciful. Moreover, the corollary that because God loves humanity, Christians may not please God unless they love one another was something entirely new. Perhaps even more revolutionary was the principle that Christian love and charity must extend beyond the boundaries of family and tribe, that it must extend to “all those who in every place call on the name of our Lord Jesus Christ.” Indeed, love and charity must even extend beyond the Christian community.”[1]

If Christians want to win the culture war, maybe it’s time to stop calling it a war. Maybe, if we stopped seeing enemies and antichrists everywhere, we might just become attuned to God’s love and concern for the world. What if Christians truly extended our love and charity “beyond the boundaries of family and tribe”?

For me, St. Francis of Assisi is a model for our cultural moment. As a young man, Francis wanted to be a warrior. He sought after wealth, status, power, and he looked with disdain upon the poor and the lepers. So, he rode off to war, only to come back a broken man. When he heard God’s call at San Damiano, he eventually realized he wasn’t supposed to use the structures of power to defeat his cultural enemies; God’s call for Francis was to step outside every ideological category to live a life redefined by God’s love and mercy. So, he gave back his father’s clothes, and walked naked into the world. Following the voice of his Father, he started a movement by living with those left behind by the cultural powers of this world. His vision was not “us vs. them” or “insider vs. outsider”; the vision of Francis was the brotherhood and sisterhood of all creation.

So, have children, or don’t have children—that’s the beauty of Christian freedom. Catechize your kids, or don’t catechize your kids—I’m not sure the catechism, as wonderful as it is, is really the point. The point is to live as signs of God’s new creation. The point is to become icons of God’s love for the world revealed in Jesus Christ. Our task is to testify to the good news of the family of God for all people, and in the spirit of St. Francis, to proclaim God’s love and mercy for every creature under heaven.