A Godly Act of Disruption

On Oct. 1, 2017, the wider body of believers celebrated the Eucharist through our annual World Communion Sunday. This is a wonderful tradition that deepens the faith of the many as they come to the table in celebration for unity and ecumenical work.

This once-given spilling of blood means blood is not shed between neighbors or between God and us.

I love communion. This remembrance and feast strengthens and sustains the body, calling us to be reconciled to those we sinned against and reconciled to God, who sent the world His son, Jesus Christ, for salvation and reconciliation. This is the body, worshipping a mighty savior joined with the company of heaven lifting his glorious name. I mean this from the bottom of my heart: I really love communion. In the Reformed tradition we pray, “Most righteous God, we remember in this Supper the perfect sacrifice offered once on the cross.” We ask for the Holy Spirit to be sent so that in breaking the bread and drinking of the cup we are joined together in the body and blood of Christ, that we grow up in all things into Christ our Lord.

A CALL TO RECONCILIATION

This perfect sacrifice, this spilled blood, this death (and resurrection) has astounding implications. This once-given sacrifice reconciles me to neighbor and to God. This once-given spilling of blood means blood is not shed between neighbors or between God and us. It means we testify to life instead of demanding death. Our allegiance and unity is to Christ, and we are joined up in him. So we drink of this cup and eat of this bread with a future hope that the Lord will wipe away all tears and swallow up death forever. We pray that the whole church in this present time will be gathered from the ends of the earth into His kingdom. Even so, come, Lord Jesus!

But this godly act of disruption, one that comes against the dominant narrative of death, doesn’t seem to take root in the body of believers. Twelve hours after our participation in World Communion Sunday, a white terrorist (I don’t have the time or energy to argue the racial implications of just calling him a gunman) rained bullets from a 32nd story hotel room onto a crowd of 22,000. Death. Death. Death. Sacrifices were made. Blood was spilled. All in hopes to appease a selfish god of death, destruction and violation. This god wrapped up in an economy of blood through the purchase of guns or freedom or constitutions or empire or the like. I have to ask: How many times will we tolerate needless sacrifices to be made and blood to be spilled?

Now I am not implying that the church global sanctioned this violent act. What I am saying is this: If we come to the table and ignore the continuation of blood being spilled or ignore the concerns of our neighbors or cheapen the grace by denying it to others or ignore the imprinted image of God in others or demand death of others or have competing gods, then we are sinning against the blood of Christ.

My motivation comes from a high regard for communion. Because we remember the once-given sacrifice, we testify to life. We must find ways to stop death. Stop innocent bloodshed of the masses. Do not drink judgment on yourself by having a disregard for the blood of Christ. Stop the killing. Stop tools of death.

Our unity is not centered on nationalism, a flag, amendments and the like. Our unity is found in a God who speaks against a dominant narrative of death, subversively yet actively using both word and action, bringing a hopeful promise of life. How long, will we submit to a god of death? How long, O Lord? 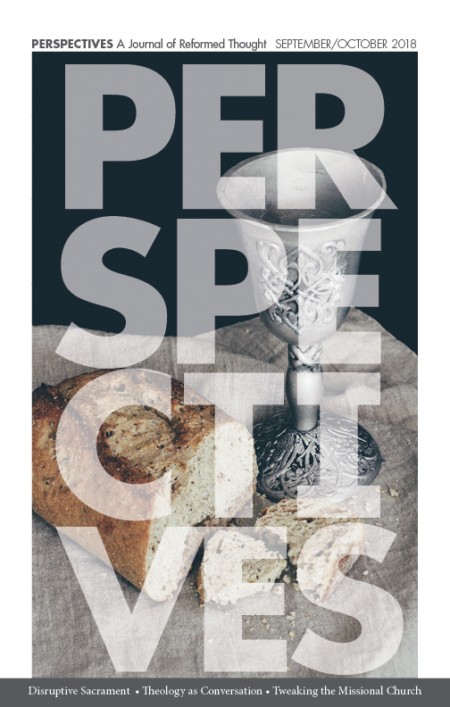